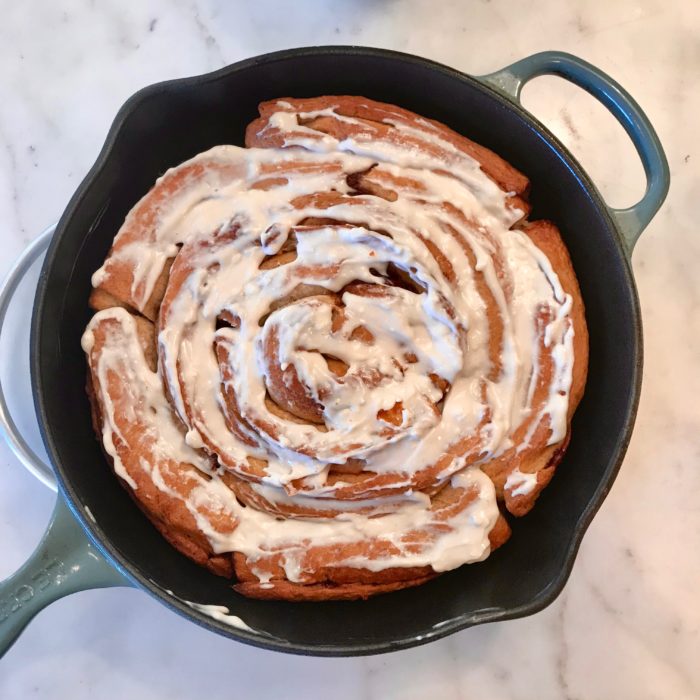 My kids love cinnamon rolls. I do not always have time to make them so I do buy the dough already made, from an organic brand that I really like. I've decided to make a giant one because I thought it would be fun and it turned out super yummy!!

Preheat oven to 350°. Grease an 8” skillet. Unroll the first tube of crescent dough. Brush with melted butter and sprinkle with cinnamon-sugar. Cut dough in half lengthwise, then roll each section from long end to long end. Repeat with remaining tubes of crescent dough.

Starting in the middle of the skillet assemble the dough in spiral. When done, brush with melted butter.

Put in the oven and bake for 30 minutes until the dough gets golden brown. If it gets too dark, cover with foil.

Meanwhile make the frosting by mixing all the ingredients together.

When the cinnamon roll is baked, remove from the oven and let it cool for 5-1o minutes. Spread the frosting all over and and enjoy!

You can always prepare the dough and frosting the night before, store in the fridge and bake in the morning.

Subscribe now for recipe updates and news via email.